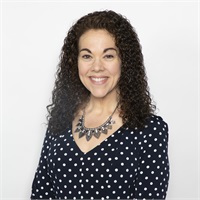 Kim Champion is Assistant Vice President of IT Services at ACBI Insurance. She began her insurance career as an Associate Underwriter at Aetna before moving to the Independent Agency side and brings nearly 30 years of experience to ACBI.  Kim joined ACBI in 2005 as a Personal Insurance Account Executive.  As ACBI grew, Kim took on dual roles also functioning as Systems Administrator.  In 2014, she took on the Systems Admin role full time and in 2018 was promoted to Assistant Vice President.

Kim also serves as President of the Connecticut Chapter, and Chairperson of the National Chapters Committee, of Applied Client Network (ACN). ACN is a non-profit organization that provides Networking, Education and Advocacy in automation for independent agents.

Kim was born and raised in Connecticut. She currently lives in Danbury with her daughter, is a lifelong musician and an avid baker.